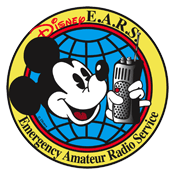 In times of crisis, access to extensive communication resources improves the capability for an organized response. For years, amateur radio operators have voluntarily provided such communication resources during hurricanes, earthquakes and other emergencies. At Walt Disney World, amateur radio operators serve the public through the Disney Emergency Amateur Radio Service (D.E.A.R.S.).

Will Michael, then the Crisis Management Administrator for the Walt Disney Company in Burbank, CA, founded D.E.A.R.S. in 1990. The voluntary organization, is comprised of federally-licensed amateur radio operators who are current and former employees of the Walt Disney Company and Disney-affiliated entities. This voluntary organization is dedicated to the fostering of an appreciation of amateur radio and its use as an adjunct communications service in times of emergency. D.E.A.R.S. members learn proper on-air protocol, pursue advanced licensing and practice point-to-point and wide-area message relay under adverse conditions.

On May 2, 1996, the first meeting of the Walt Disney World branch of the D.E.A.R.S. organization was held at the Disney University. The group holds regular monthly meetings, and operated an Amateur Radio special event station in the Magic Kingdom to celebrate the park’s 25th Anniversary. The station made over 600 worldwide contacts!

D.E.A.R.S. is affiliated with the American Radio Relay League (ARRL), and participates in annual Field Day exercises. In addition, D.E.A.R.S. has offered several 12-week amateur radio examination training classes both on- and off-property.

The D.E.A.R.S. organization contributed over 200 volunteer hours to establish a ham radio communications network at critical locations around the WDW property for the Y2K event. And in November of 2002, members received National Weather Service (NWS) SKYWARN training and earned certification as official NWS observers.

When in the Orlando area, please enjoy the D.E.A.R.S. repeaters: 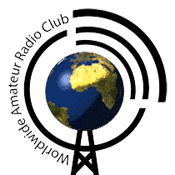 WARC is the amateur radio club of ESPN, Inc. in Bristol, CT.

The club currently includes about 40 ESPN employees and retirees.

Our facility comprises two identical “shacks,” each equipped with:

Keep listening for our maiden QSO! 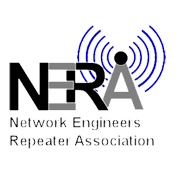 The Network Engineers Repeater Association is the latest and greatest addition to the Disney Amateur Radio Interconnect.

NERA – serving Washington DC, Virginia, Maryland and parts of West Virginia — is among the country’s best-engineered wide-area repeater systems. And it shares a lot of DNA with BEARS and WARC, in particular.

Like our systems, NERA was built by broadcast professionals — the brainchild of a group of Washington-based CBS engineers.

The NERA system provides robust repeater coverage from the MD-PA border to Charlottesville VA, along the heavily-traveled I-95, I-66, I-83 and I-81 corridors. What’s more, it is affiliated with the Cactus Intertie, a huge network of repeaters covering the southern and western parts of the US.

You can learn more about NERA here.